This is My Passion

Every birder has a bird that they are passionate about in their life.  It may be small, big, strange, beautiful, ugly or number of other adjectives that describe all the unique birds across the world.  That bird for me is the Bald Eagle.

I caught the bug for birds of prey early on when I went on my first hawk watch at age 8 or 9.  It was run through the local college in my hometown in Central Vermont.  We saw many hawks and falcons that day.   They actually ended up digging up a bottle of champagne buried until they reached a certain number of hawks seen in a single day.  I was hooked. 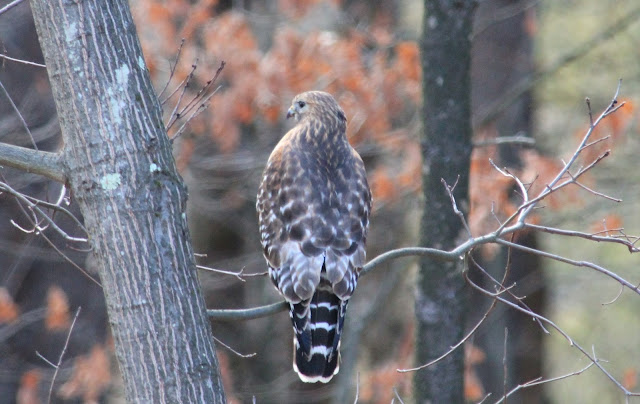 Vermont when I was growing up didn't have many Bald Eagles at all so it wasn't until I moved to Colorado about nine year ago that I finally got to see a Bald Eagle in the wild.  I volunteered for a group called the Rocky Mountain Bird Conservancy now called, the Bird Conservancy of the Rockies.  They have been monitoring Bald Eagle nests since 1986 and have seen the amazing recovery of the population after the banning of DDT.  It was an extraordinary experience and I had found my passion bird.  There is something special about watching the same pair of eagles raise their young for almost 5 months every year.  There were the highlights of watching the power of a female eagle chase off a Red-tailed Hawk, and watching the eaglets fledge every summer.  They clumsily crashed into everything.  There was the sad day when the winds were so strong that the parents couldn't land on the nest.  They ended up abandoning the nest that season.  There was maddening day, I watched an old farmer right under the nest shooting prairie dogs with a .22.  Luckily, the pair didn't abandon the nest that year and the authorities didn't have to get involved.

It was hard to "abandon" the Bald Eagles of  Colorado to move to New York but I quickly saw Bald Eagles near the Hudson and Mohawk River near my new home.  I searched for a group in the area that did Bald Eagle nest monitoring but there was none.  I inquired with the Audbon Society of the Capital Region and the timing was perfect to help to set up a brand new program in the Albany area.  It felt good to be out at a Bald Eagle's nest for the first time in over four years last weekend.  Though there was no activity yet it is early and there were eagles in the area.  I will share some of my experiences this season on the blog.

What is your passion bird? Share your own experiences with that bird in the comments or the on Facebook page.  Happy Birding!