Getting Ready for the Breeding Season 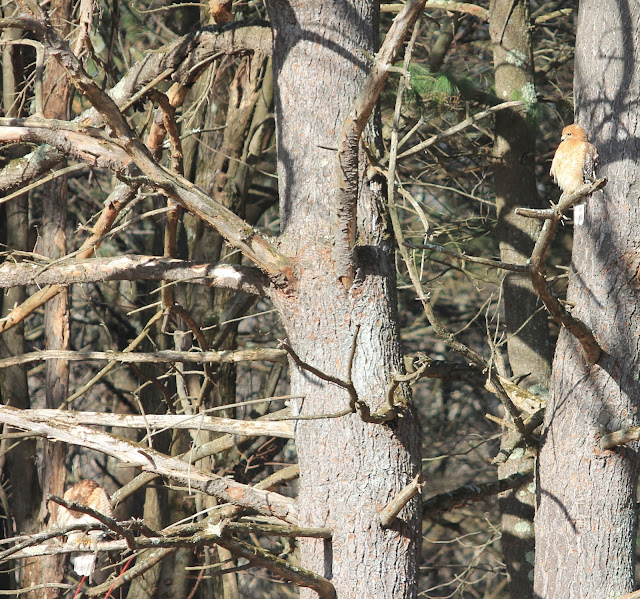 I have watched this pair of Red-shouldered Hawks for three years now.  They were the first "neighbors" to welcome us to the neighborhood.  I noticed them in our backyard within the first two weeks that we had moved into our new home in mid February.  This was their turf before we had cut down some of their trees to build a house but they seemed to like the new open area to perch and hunt.  Around this time, every year they are starting the breeding season.  I have seen them mating on several occasions in our backyard.  They sound the alarm loudly when any other birds of prey are in the area.  The chased off two Turkey Vultures this week that were soaring over the trees too close for the pair's liking.

Today, they were perched close enough to get a shot of them both.  The larger female is on the left in the photo doing some grooming.  She has a lighter head while the smaller male has a darker reddish head.

Update-The two were perched even closer together today. The female is in the front. 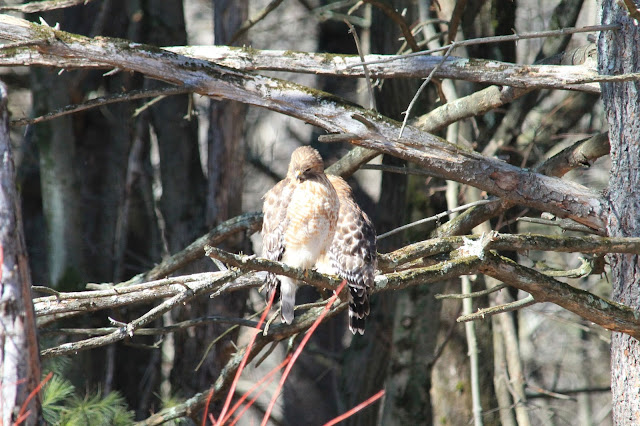 Here is the female after the male had flown off. 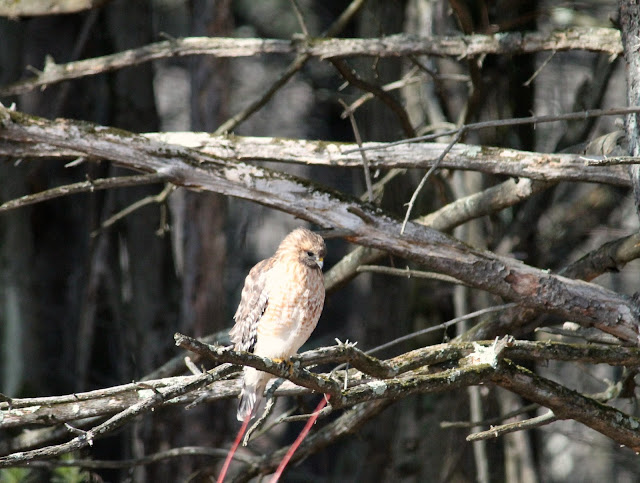 Here is to another successful breeding season for these two.  They have fledged at least two hawks that I have seen.  Do you have nesting birds that frequent your yard? Tell us about it in the comments or on the Facebook page.