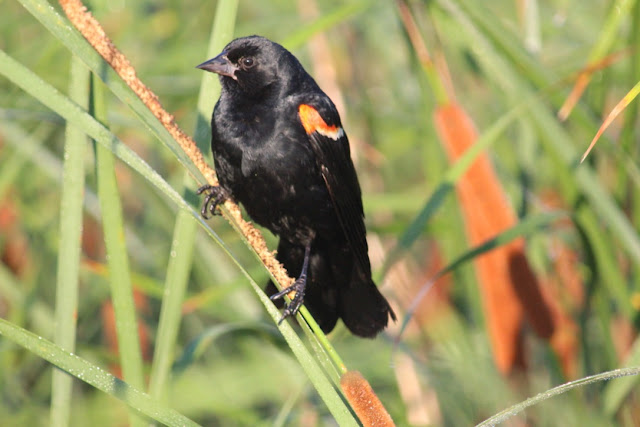 I couldn't help myself.  I had to reference "That 70's Show",  A sitcom taking place in Wisconsin.  The first weekend of birding since we moved to Madison, WI was good but very buggy!  It was great hunting for the swallows, Eastern Phoebes and Eastern Wood Pee-wees that I saw but a little uncomfortable for me. 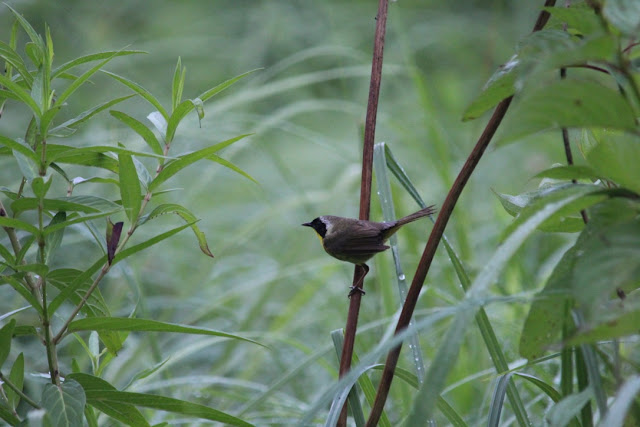 One of the highlights of last weekend was the numerous Common Yellowthroats.  I don't recall ever seeing this bird in NY but I have only been looking for warblers for about a year.  The male's striking "black mask"  contrasted with his "yellow throat" is beautiful.  They did make photographing them a challenge since they are pretty much constantly in motion. 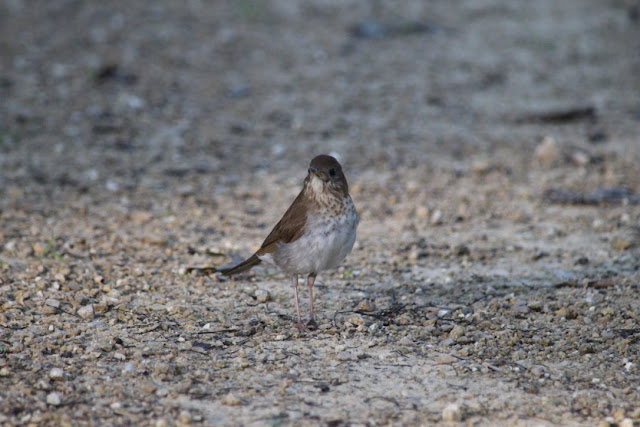 This Veery gave me the eye while foraging on the path with its' cousin in the thrush family the American Robin. 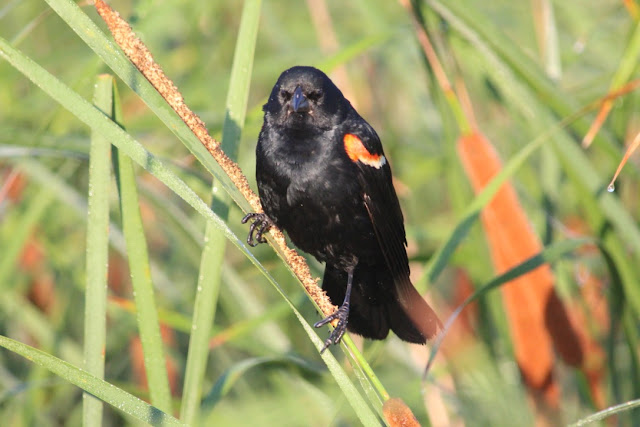 This Red-winged Blackbird gave me his best angry face! 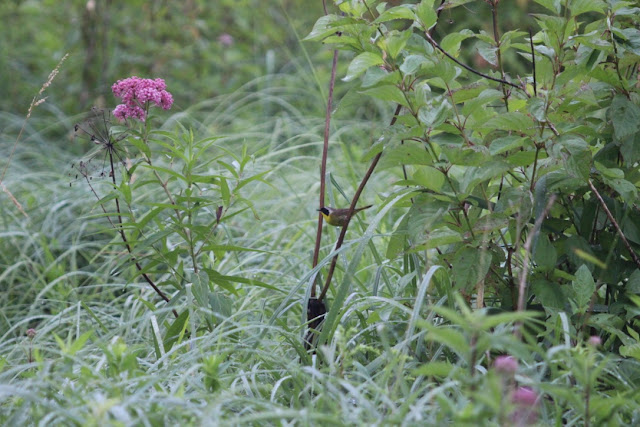 Here is another shot of the Common Yellowthroat.  On top of all that, I found my first Wisconsin Bald Eagle nest.  The Eagle Report will live on!  Happy Birding and I hope to chronicle more of my new experiences in Wisconsin.

Posted by BYBirdBlog at 8:15 AM No comments: 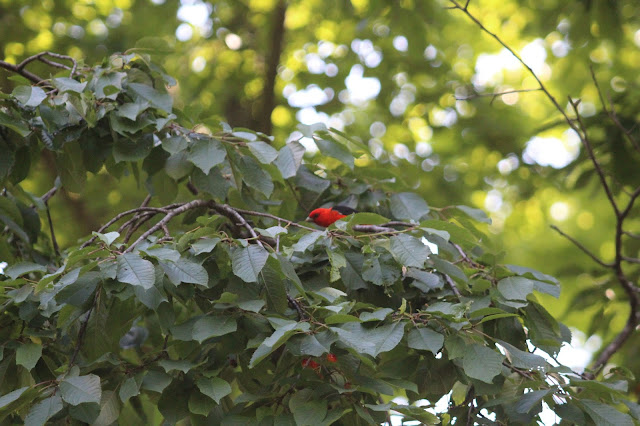 Happy Friday and first Friday spent in Wisconsin!  The last few weeks that we were in New York, I had two male Scarlet Tanagers and at least one female in my backyard.  Here is one of them looking for berries. 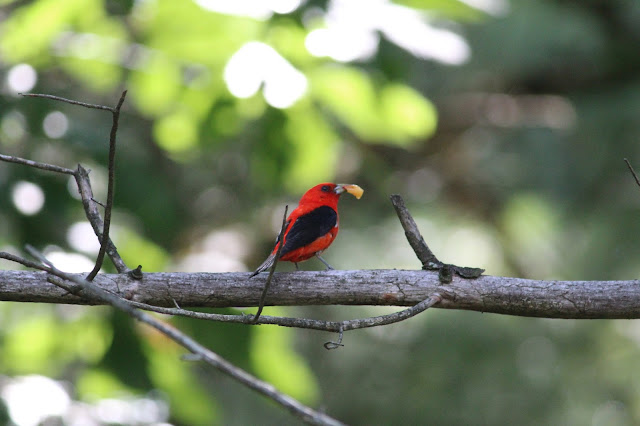 He grabbed an unripe berry and popped it in his beak. 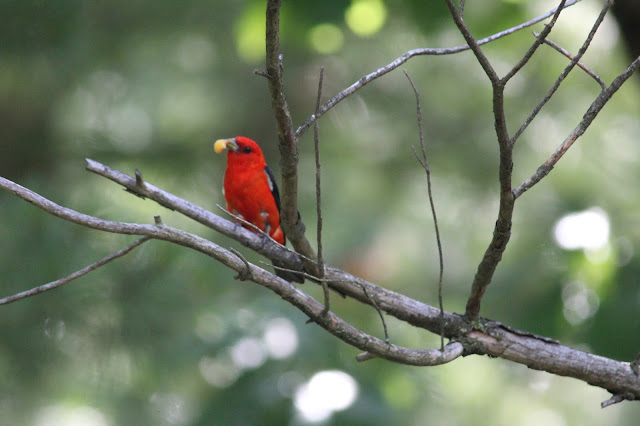 He gave me a curious look and flew away to enjoy his berry in a more private area of the yard.   Have a great weekend and Happy Birding!

Posted by BYBirdBlog at 9:07 AM No comments:

End Of Another Season 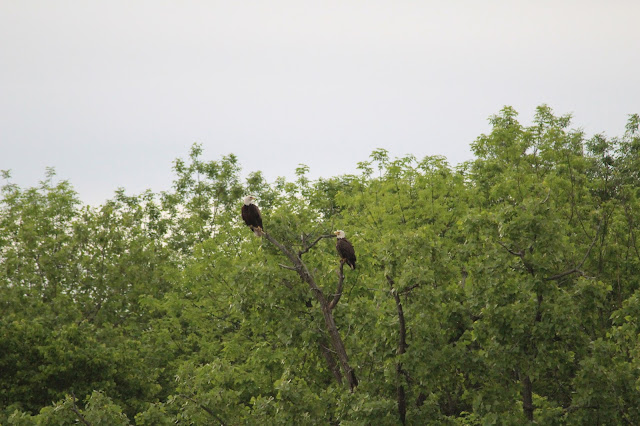 This report is a few weeks late but with moving to Wisconsin, I have been very busy!  We finished up the season in the Capital Region of NY with all eaglets fledgling in late June or early July.  The above two were very busy taking care of three eaglets.  Three eaglets is pretty rare and the food supply needs to be good enough to support their ever-growing appetites. 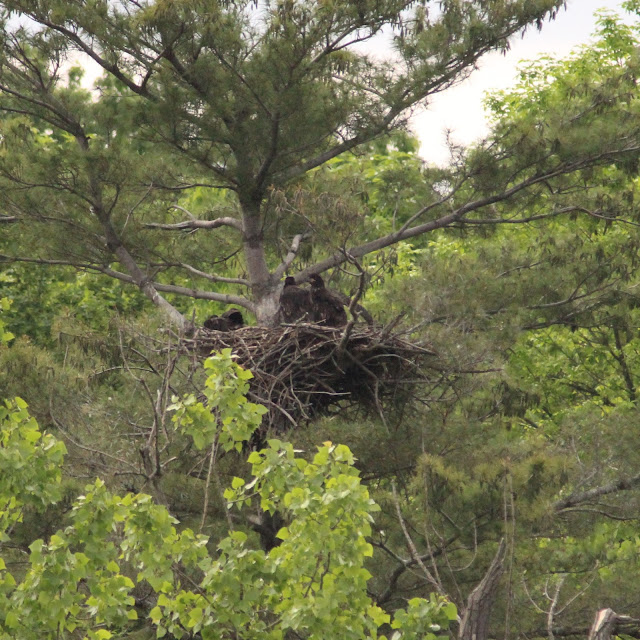 Here are the three taking in late May.  One of three had a very eventful fledge... 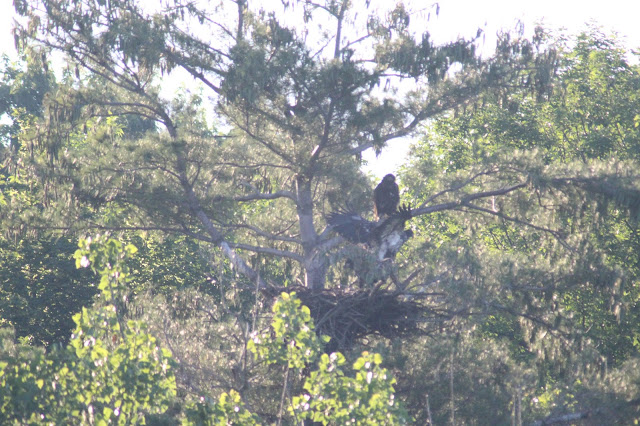 I went out to the nest in late June to check on the three eaglets.  They were extremely active.  The three were flapping, jumping and taking mini-fights above the nest.  The smallest of the group(probably a male) went out on a small branch and started flapping hard.  He flapped so hard, he fell off the branch and luckily, a lower pine branch broke his fall.  Here is a poor shot of right before he fell.  He tried to hop up to the nest but there wasn't enough room to get through the branches.  Soon after that one of the adults returned to the nest with a fish.  The newly fledged eaglet missed a feeding but it appeared he was unharmed by his fall.  My guess is the other two probably fledged later in the day.  The next visit there was no eagle activity around the nest.  They had probably moved up or down river from the nest.
The adults continue to feed the fledglings for at least a few weeks until the eaglets venture out on their own.  They must learn how to scavenge, hunt for themselves and master the art of flying.
The first year for a eagle is very hard with only about 50% surviving to see their 2nd birthday.  Best of luck to all the fledglings! 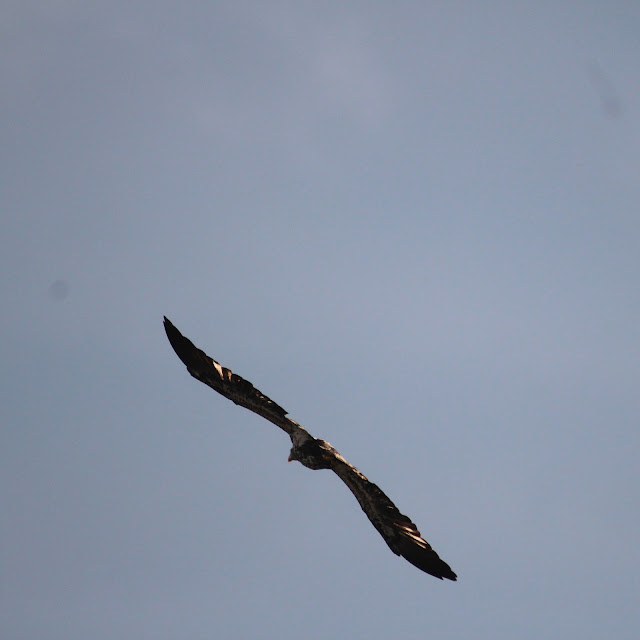 The end of season is always a little sad and exciting.  This year is even more bittersweet as I move to a new area of the country and say goodbye to the amazing Bald Eagles of the Capital Region.  The eagles of Dane County Wisconsin will have a tough act to follow but it will interesting to compare them with the eagles of Colorado and New York that I have observed previously.

Posted by BYBirdBlog at 9:50 AM No comments: